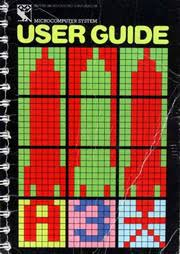 One misspent youth later, including the notable event of being dragged out of the computer room by the invigilator so that I could sit what was left of my french exam, I had written the following computer software:
I think I only paid for 1 computer, my ZX81, and the seller gave me many a sleepless Friday night as he repeatedly forgot to bring it on Saturday each week. Christmas eve excitement was nothing to getting my first computer. My Dad then bought me a portable TV to stop me hogging the one in the front room.
Through kindness and good fortune I was lent/borrowed/given the following:
After which I was able to buy a 386DX40 motherboard and 4MB RAM with Crystal sound card, and added a second hand 540MB hard disk for £40
Such glorious memories.
And now -- the computers of the past return in the form of an emulator. All of them. Most of them will even run in a web browser.
I've installed some of them, but mostly I just look and stare in a daze.
What do I want to make it do?
Nothing. I did it all already.
I can't go back to my childhood, I'm not a child anymore.
I seek not to follow in my footsteps of old, I attained those things I sought.
Posted by Sam Liddicott at 17:17